Close
Follow us on social media
#Alimentaria2022
Go back

Javier Albarracín, from Barcelona Halal Services: “Alimentaria is a pioneering show in the definition of an integral halal project”.

Alimentaria has traditionally been a benchmark show for halal dissemination, a space for reflection on global business opportunities, trends and consumption patterns in this segment, which are conveyed through the 3rd Halal International Congress.

This initiative, in which international experts and companies will participate to raise the growing sophistication and diversification of the halal concept, is organized by the company Barcelona Halal Services, which manages since its inception the space dedicated to the dissemination of this type of products. Its director, Javier Albarracín, highlights the good form of the halal market in the world and the excellent reception that both Expo Halal, which will host the different companies of the sector at an international level, and the III Halal International Congress are having. 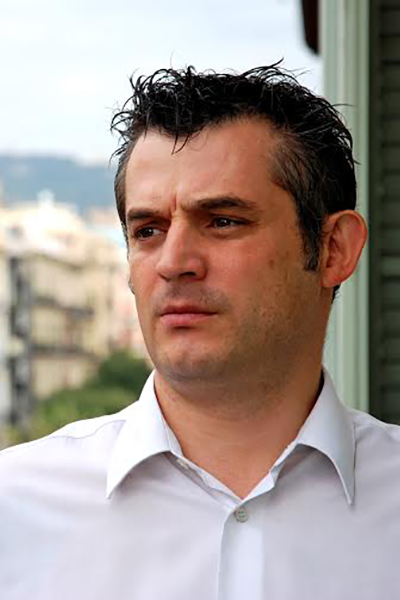 What are the forecasts for Expo Halal 2020?

On the one hand, it will practically double the area of exhibitors of the last edition for companies producing halal products, reaching more than 800 m2. To this space should be added some 200 more companies that will be exhibiting their halal products in the sector pavilions. Alimentaria 2020 will also have two specialised showcookings with halal ingredients that will break the clichés relating to this type of gastronomy: there will be one halal showcooking of Thai cuisine and a second of South African cuisine, also halal.

What exactly does the term halal refer to?

‘Halal’ means ‘that which is permitted, that which is lawful, that which is adequate, that which is healthy’, according to the Koran and Islam. Thus, it is not only a concept that refers to food, but refers to a lifestyle, consumption patterns and behavior, broadly. From the food point of view, it means not consuming alcohol or derivatives (vinegar containing alcohol, etc.); not consuming pork (in any of its innumerable derivatives: fat, meat…); that the meat has been slaughtered following the Muslim rite; blood or derivatives in any of its forms cannot be consumed, and insects cannot be consumed, among other precepts.

It also includes the way of cooking the products…

Yes, it refers to the way dishes are cooked (avoiding any kind of cross-contamination with haram products and ingredients; not allowed or prohibited) as well as the space where it is cooked (utensils, refrigerators, wood for cutting…). All of this will be dealt with extensively and transversally in Alimentaria 2020.

The halal market has grown exponentially in the world in recent years. What are the business figures?

There are more than 1.85 billion Muslims in the world, of whom about 60% are under 30 years of age. This population will rise to more than 2.2 billion by 2030, representing about 25% of the world’s population. A significant part of these people are found in countries with outstanding emerging economies, such as Turkey, Morocco, Qatar, United Arab Emirates, Saudi Arabia, Malaysia, Indonesia or India. This combination of growing population and purchasing power makes these consumers a very attractive segment. Thus, the volume of food and drink consumed globally each year by the Muslim population ($1.3 billion in 2017) exceeds that consumed by China, the world’s largest market (almost $1 billion in 2017). This consumption is led by Indonesia, Turkey, Pakistan, Egypt, Iran and Saudi Arabia.

In which European countries has the halal sector grown the most?

In Europe, the halal sector is estimated between 60,000 and 100,000 million euros, according to different sources. The Muslim population is around 40 million, with some 25 million in the countries of the European Union. On this continent, every decade the total Muslim population increases by 1%, representing 7% of the population in 2020. The countries with the largest Muslim population, and therefore with the greatest potential for consumption of halal products and services, are France and Germany (with some 5 million Muslims each), the United Kingdom (3 million) and Italy and Spain (with some 2 million approximately). Other countries such as Belgium, Sweden and the Netherlands have significant percentages of Muslim populations, offering equally interesting opportunities for halal products.

Are non-Muslim consumers starting to take an interest in halal products?

Yes, in societies where the Muslim fact is more normalised, there is an increasing consumption of halal products (meat, derivatives, drinks…) by non-Muslim consumers, who consider them a guarantee of healthier and safer products.

What are the major challenges facing the sector today?

Breaking with certain stereotyped images of these products; expanding the target consumer with more ambitious and sophisticated marketing campaigns that attract non-Muslim consumers; facilitating procedures and recognition of halal certificates; and sophisticated offering of products and services suitable for Muslims would be the main challenges.

There are even halal influencers. What do they do?

A significant part of the halal consumption segment is increasingly global in its tastes, with no complexes when it comes to asking for respect for its cultural referent and its consumption options, increasingly sophisticated in its tastes and digital native given its youth. These factors, as in other global food and gastronomic trends, give rise to men and women who become references, set trends and strengthen brands, conditioning consumption patterns of their global followers. Thus, there are important global Muslim bloggers and influencers who suggest products, restaurants, brands, tourist destinations … respectful of the consumption patterns halal (Muslim friendly). These can be in Muslim countries (United Arab Emirates, Malaysia, Turkey…) but also very significantly in global cosmopolitan cities such as London, Chicago, New York or Paris. There is a significant, influential and growing digital world among Muslim foodies that has led to the creation of blogs, apps, digital magazines … with millions of followers. Alimentaria 2020 will feature some of the most relevant figures on a global level.

The list of exhibiting companies is provisional and is updated constantly, so it is subject to change.

For this reason, we recommend you to check it frequently.