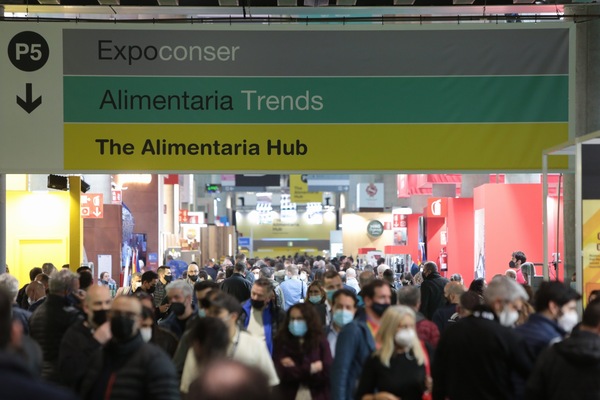 More than 3,000 exhibiting companies from 52 countries participated in the call which concludes today to encourage business, internationalization and the reactivation of strategic sectors for the Spanish economy. Nearly 100,000 visitors, 23% of them international, from 149 countries, as well as an estimated economic impact of 180 million euros, reflect the strength of this edition which has occupied 85,000 m2 of net exhibition area, practically all of the Fira de Barcelona Gran Vía venue.

The trade show platform has reaffirmed its leadership by enhancing the complementarity of its represented sectors and offering a great business platform for its professionals.  Among the attendees were 1,400 major buyers invited from strategic markets for the export of food and hospitality equipment, such as the European Union, the United States and Latin America, who participated in some 13,000 meetings with companies.

For Alimentaria’s director, J. Antonio Valls, “the intense dynamic experienced during this edition reinforces the character of the event as a strategic partner of the sector in its unstoppable process of internationalization. The quality of the buyers who visited us stands out, which will contribute to boosting the food industry’s sales abroad”.

According to the president of Hostelco and of the Spanish Federation of Associations of Machinery Manufacturers for the Hospitality, Collectivities and Related Industries (Felac), Rafael Olmos, “we are very satisfied with the results of this edition, which has been a long-awaited reunion for the sector, meeting expectations that we hope will soon culminate in a complete recovery of the market”.

Sustainable and healthy food
Innovation, gastronomy, management linked to sustainability, healthy products and the rise of vegetable protein, as well as the latest trends in the hospitality sector have starred in the program of activities of both shows, in which more than 300 innovations have been presented, 30 chefs of reference with 36 Michelin stars have participated and it has been possible to visit the recreation of a hotel with the latest technologies.

On the other hand, Alimentaria and Hostelco have shown their most charitable side with the presence of a hundred volunteers from the Fundació Banc dels Aliments who have collected nearly 35 tons of food and beverages donated by exhibitors.

The next edition of the trade show platform organized by Fira de Barcelona will be held in March 2024 at the Gran Via venue.